Los Angeles: A Search for Something 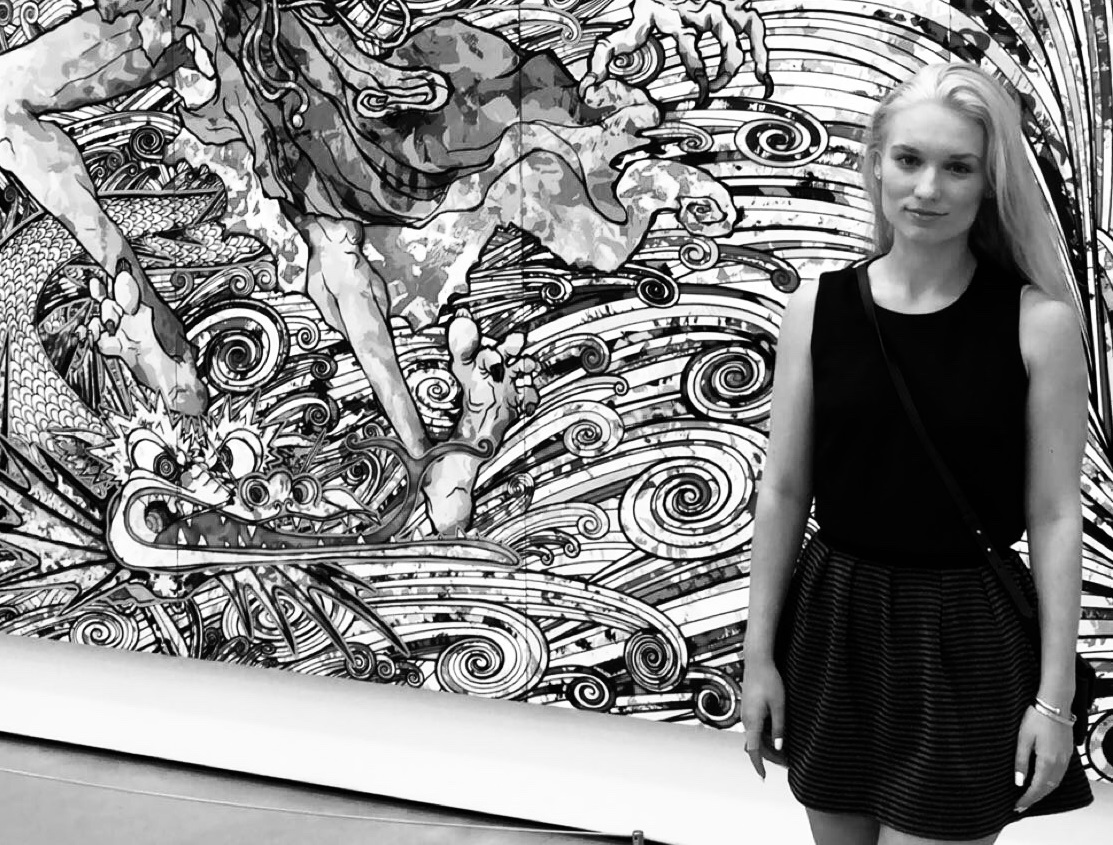 It rained a few days ago in Los Angeles, so the air still feels cool and crisp and clean. The rain came a bit too late as it turns out, considering over seventy thousand acres or so were burned in Malibu a week or so prior. The fire could not be contained, and nobody I’ve talked to is very sure of how it actually ended. Naturally, I suppose.

Zach’s parents arrived the day that it rained, and I had gotten a car wash the day before. The rain made for an unusual introduction to the city, what with the shivering gloom that persisted as we walked down Melrose. The shops on Melrose seemed to be less engaging than I had remembered them to be, but we got a nice cup of coffee right before we left and they seemed to enjoy themselves. The night was more typical of Los Angeles—we went to an old bowling alley and drank white Russians all night. Two games of joyful and subtly competitive bowling, and then we moved to billiards. I’ve only just started calling pool “billiards” and I don’t know if it’s because I’m now in Los Angeles, because I’m older, or because that’s what the sign on the building said. Three games of billiards down and we moved to air hockey, where I can hold my own.

I had a hike planned for the next morning, followed by a trip to one of our favorite museums downtown. His parents opted to stay home in wait for a package that they had overnighted from Memphis, so we went on the hike later that day and cut out the museum. The humidity from the air pressed down the dirt on our hike, so the trek was less dusty and more enjoyable than other hikes have been, previously. A combination of the dust from our last hike up to the Hollywood sign, a weekend of drinking, and an oncoming flu caused me to faint in the basement of the Millenium Biltmore hotel downtown, earlier this year. The tile that I fell on was a distinct, Spanish tile, and while it left me concussed, the whole experience made me a lot less afraid of dying. It was uncomfortable and scary, but rather easy to get through.

But the air is not typically like this. I love Los Angeles with my whole heart, but it does often feel like a dirty snow globe, both in terms of the stagnant and artificial air, and also in terms of its other worldliness. It is so big because it must be: to accommodate so many people and their search for something.

Zach’s mother asked me about the homeless population here because, she thought, there were quite a bit of homeless people around where we live on the edge of Silverlake and East Hollywood. I tried to explain to her that the homeless population around us was rather standard and, not that the prevalence should excuse or mitigate the issue, but that there seems to exist a certain contentment and sense of community in that layer of Los Angeles as well. I explained to her that I often saw the same homeless people now on my walk to work that I did three and a half years ago, when I lived in Hollywood. This is by no means to say that they would not rather have a home but, at least, they are hanging onto their place in Los Angeles.

There is one lady by whom I’ve passed ever since I’ve been parking in the garage a few blocks west of my office. She is on the same bench every morning, and sometimes in the evenings as well. With a towel draped over her head, she furiously copies verses from a Bible into a tattered notebook. She rocks a bit, and seems almost obsessed with transferring the text. I feel bad for her and wonder if she thinks that copying the verses will get her anywhere. I wonder if copying the verses would, indeed, get her anywhere; I wonder if one day it will pay off. Sometimes I wonder if I should be doing it too, but all I can really do is shrug it off and continue doing the things that I know I should be doing, and think she should be doing as well, and hope it will also pay off.

Zach’s mother used to be a professional tennis player, and she wears a rubber bracelet that reads “In Jesus Name I Play” along with a few other pieces of jewelry every day. I noticed it laying on the counter this weekend while they stayed over, and the thing that stuck out to me most was the bracelet’s stark grammatical error. I know that if I pointed it out to her, she wouldn’t care at all and would keep wearing it for the message, but I wondered why correct grammar in a product that required funding, planning, production, etc. was so mutually exclusive with the pious thought. I thought about getting a customized bracelet for her with the correct grammar, but then thought that would be a bit too much.